This annotation was written in reference to may paper on Leonora Sansay’s <em>Secret History</em>, as yet, still untitled. See my prospectus here. 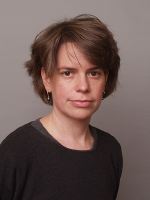 In her article Dillon asserts that while Sansay’s attention to balls and dress may appear frivolous and wholly disconnected from the revolution that rages throughout the island, both the domestic and colonial political narratives intersect and overlap in important ways. She reveals how Clara’s attempt to liberate herself from her abusive husband strongly parallels the revolutionaries’ efforts to establish a free, sovereign black nation-state. Dillon demonstrates that in the novel, colonization not only stands for the racist institution of slavery and economic exploitation but also the oppressive patriarchal order of colonial society. She emphasizes that female liberation is achieved as an unexpected consequence of the Haitian Revolution and “when Mary and Clara flee Saint Domingue for Cuba, they repeatedly find themselves in the company of unhusbanded women who appear to blossom in the absence of men who previously controlled them” (92). Dillon suggests that the novel presents America as the site where this female utopian community can be finally realized. I argue, however, that Sansay leaves us in a troubling de-localized space of transition, ending with a similar voyage on the high seas that opens the epistolary narrative. While the success of the revolution in St. Domingue will culminate in the establishment of a new contained black nation-state, Mary and Clara traverse borders and multiple terrains, forming transatlantic connections with other women that deeply challenge the notion of such a closed system, where America, as the final destination, becomes figured as more a point of continuous encounter and “exchange” in the words of Tennenhouse.

Dillon further argues that the elaborate descriptions of colonial palaces, finery and balls, in the novel, do “not bespeak sustained delusion (or colonial nostalgia) so much as an astute analysis of the relations of production and social reproduction that stand at the core of colonial politics” (78). She distinguishes “production” as economic, referring to, for example, the manufacturing of sugar, whereas “social production,” refers to the creation and perpetuation of the social relations, practices, ideologies, and environment necessary to sustain capitalism. Dillon explains that according to Marxism, the capitalistic enterprise of colonialism compels a geographic separation between the site of production and social production, where the colony serves as the economic factory or engine for wealth, while the colonizing country consumes and replicates the social conditions that enable capitalism to persist. She demonstrates that in Sansay’s novel, however, this geographic distinction is lost entirely as St. Domingue emerges as a place of both sugar production and Creole social production as exemplified by the madras headscarf, which becomes a popular consumer good.

Dillon defines Creole as a European born in the colony whose social production is considered “illegitimate precisely because reproduction has occurred at the site of capitalist production (the colony) rather than at the site of consumption (the metropole)” (86). She suggests further that the Creole occupies a liminal space as a “native who is non-native,” which is strongly reflected in their culture as the madras headscarf was used to restrain the sexuality of indigenous females and banned in Europe (95). Dillon ultimately offers the term Creole as a more productive means of conceptualizing American identity because it deftly captures the country’s vexed position as both a colonizing power and a postcolonial “nation.” Rather than “Americanization,” which suggests assimilation to some retrospective, conceived notion of a collective “national” identity, “Creolization” does not attempt to deny or erase America’s historical implication in complex systems of colonialism.

In her article, however, Dillon too readily dismisses the importance of fantasy in Secret History in favor of a more concrete analysis of production and social production. I argue that the novel is very much shaped and predicated on a fantasy structure, where the French, for example, imagine that they will be able to easily suppress the black revolutionaries, where Mary continuously fantasizes about a blissful colonial past, and where the “nation-state” itself is revealed to be merely a fantasy.